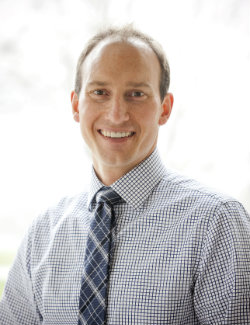 Peter Walke is the Deputy Secretary of the Vermont Agency of Natural Resources. Appointed to the position in January 2017 by Governor Phil Scott, Walke has been selected to co-chair the Vermont Climate Action Commission and to represent Vermont on the Regional Greenhouse Gas Initiative, the first mandatory market-based program in the US to cap greenhouse gas emissions from the power sector. Walke coordinates efforts to provide clean drinking water for Vermont residents effected by PFOA contamination, an industrial, chemical legacy, and he sits on ANR’s Leadership and Management Committee which provides a rigorous, high-quality avenue for Agency staff to advance their leadership skills.

After resigning his commission, Walke was selected to join a leadership development fellowship serving the Governor of the State of New York. He quickly became one of the Governor’s primary environmental advisors and was named to the post of Chief of Staff of the New York Department of Environmental Conservation. After more than two decades living in other states and abroad, Walke was excited to return to his hometown of Montpelier, Vermont to continue his pursuit of excellence in environmental leadership at the Agency of Natural Resources.

Peter Walke lives in Montpelier with his two children. In his spare time, he enjoys running, coaching softball, skiing, and reading.