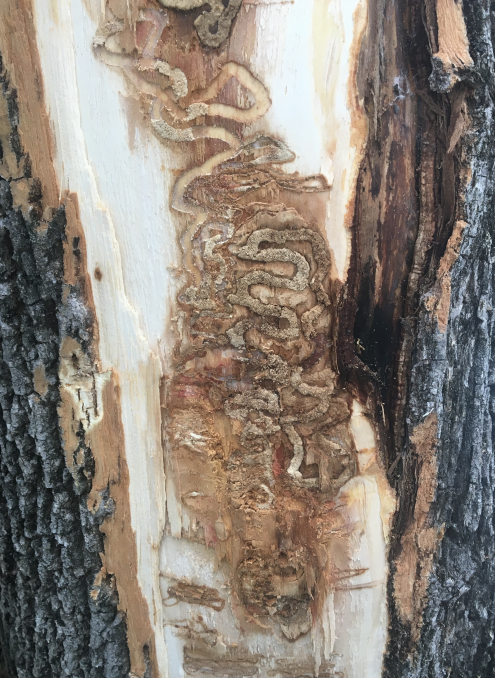 MONTPELIER --  The Vermont Department of Forests, Parks & Recreation (VTFPR) and the Vermont Agency of Agriculture, Foods & Markets (VAAFM) report that emerald ash borer (EAB), a destructive forest insect from Asia, has been detected in Vermont. Officials with the USDA Animal & Plant Health and Inspection Service (APHIS) have confirmed the identification of a beetle recently found in northern Orange County, Vermont. The insect was reported through the vtinvasives.org website.

EAB overwinter as larvae under the bark of ash trees where they feed on the inner bark tissue. Once infested, ash trees rapidly decline and are killed in 3-5 years. This pest is known to be established in 32 states and three Canadian provinces, and is responsible for widespread decline and mortality of hundreds of millions of ash trees in North America.

Ash trees comprise approximately 5% of Vermont forests and are also a very common and important urban tree. EAB threatens white ash, green ash and black ash in Vermont and could have significant ecological and economic impacts. There are no proven means to control EAB in forested areas, though individual trees can sometimes be effectively treated.

State and federal forest health officials have convened and are preparing to implement an emergency action plan in response to the recent EAB detection in Vermont. A multi-agency delineation survey effort, including personnel from VAAFM, VTFPR, APHIS, US Forest Service and the University of Vermont Extension, will be launched in the upcoming days to determine the extent of the EAB infestation. Results of the survey will inform subsequent management recommendations and quarantine decisions and will be released to the public.

Landowners with questions are encouraged to contact their county forester. You can find more information at vtinvasives.org.

A public information meeting is being planned and details will be announced shortly.