Be On the Lookout for Frogs, Salamanders along Roads 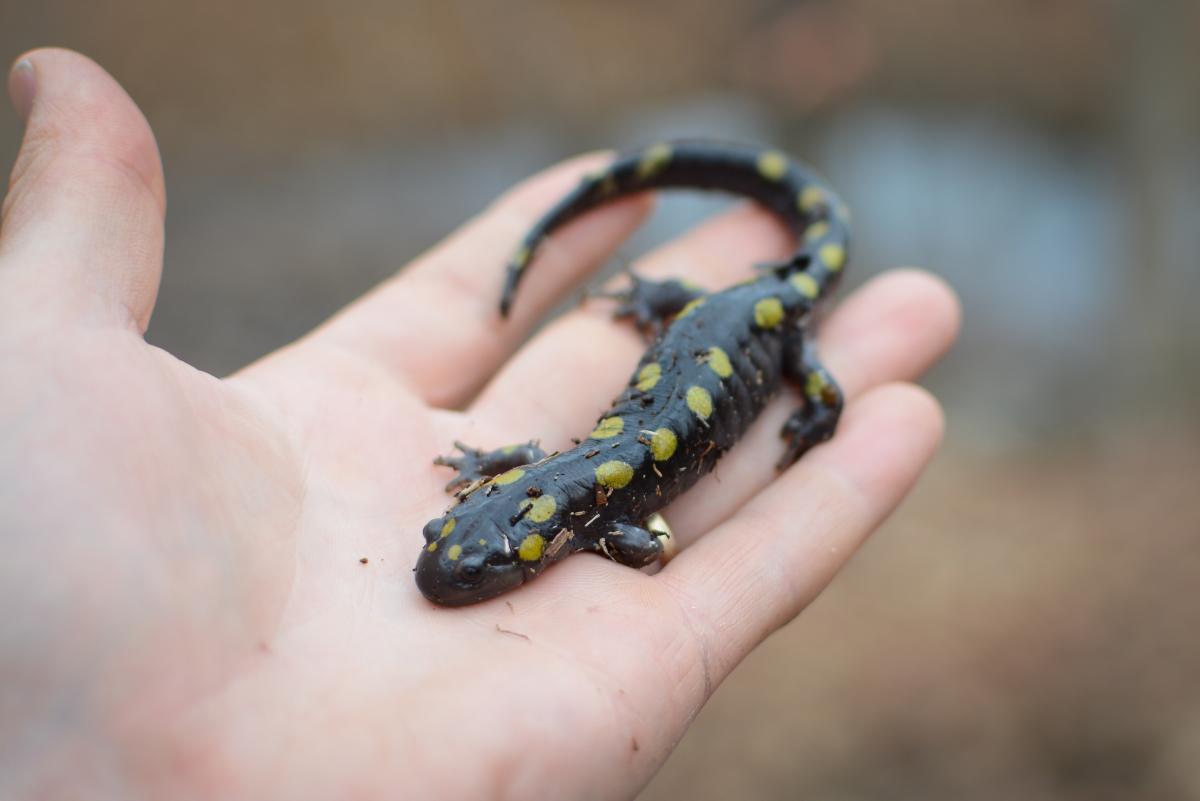 MONTPELIER, Vt. – One of the great wildlife migrations is happening right now in Vermont, and it’s taking place right at our feet.

You may have already heard the spring peepers or wood frogs calling in your backyard.  Or perhaps you’ve noticed salamanders crawling over rocks in a nearby stream.  Amphibians are on the move, but their spring breeding migration can too often become deadly.

Amphibians migrate by the thousands each spring in search of breeding pools.  This migration frequently takes them across roads and highways where they are killed by cars, which contributes to species’ decline in Vermont, according to biologist Jens Hilke with the Vermont Fish & Wildlife Department.

“Frogs and salamanders become active on rainy spring nights,” said Hilke.  “On these nights, drivers should slow down on roads near ponds and wetlands or try to use an alternate route.  These amphibian ‘hotspots’ can lead to the death of thousands of animals on a single night.”

Hilke is asking drivers to report these hotspots, or areas with large numbers of frogs and salamanders that cross the road all at once.  They can contact the Vermont Reptile & Amphibian Atlas by emailing Jim Andrews at jandrews@vtherpatlas.org.

“We work hard to identify these hotspots and to mitigate the problem whenever possible to help give these animals a better chance of survival,” said Hilke.

The Fish & Wildlife Department is working with the Vermont Agency of Transportation to include culverts and wildlife barriers in road construction plans to allow wildlife, from frogs to moose, to more safely cross the road.  The town of Monkton has completed a highway project that is aimed at providing amphibians with a safe way to cross under the road.

Conservation officials and volunteers also work together on rainy spring nights to slow traffic and manually move amphibians across the road.

The North Branch Nature Center is looking for additional volunteers to adopt and monitor sites throughout central Vermont this spring. If you are interested in becoming an amphibian crossing guard or would like more information about the program, call (802) 229-6206 or send them an email at info@northbranchnaturecenter.org

Vermonters who want to contribute to the Fish & Wildlife Department’s work to help frogs and amphibians can donate to the Nongame Wildlife Fund on line 29 of their state income tax form.

Photo: Frogs and salamanders migrate on warm, rainy nights. The Vermont Fish & Wildlife Department is asking drivers to report ‘hotspots’ where large numbers of these animals are killed on roads.