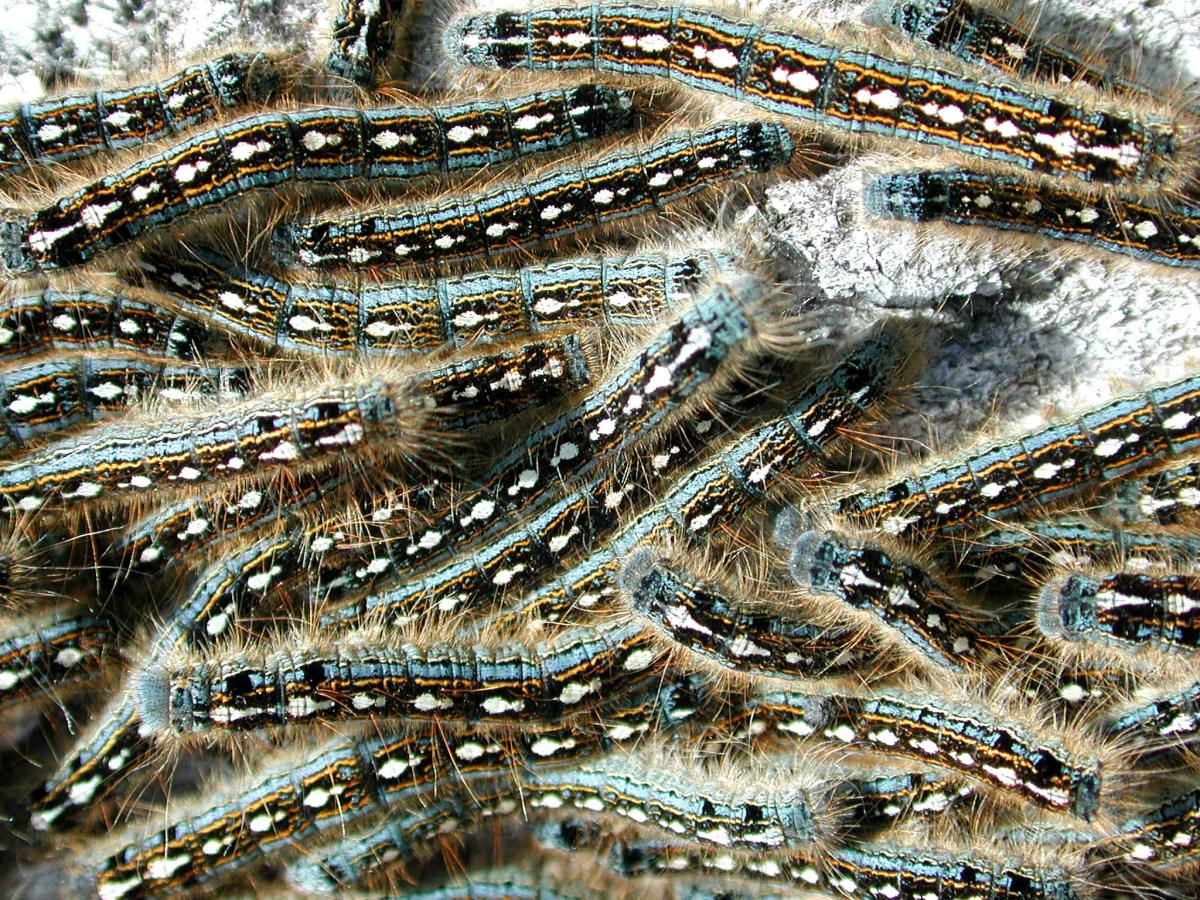 Montpelier, Vt. – Forest tent caterpillars have hatched, according to forest health specialists from the Vermont Department of Forests, Parks and Recreation. The insect is expected to cause widespread defoliation this summer, mostly in forests across northeastern and central Vermont.

Forest tent caterpillars are native to North America, and prefer eating the leaves of sugar maple and ash trees over other tree species. The tree damage caused by the insect can significantly reduce tree growth and impact maple tapping operations for Vermont sugarmakers, which contribute $140 million annually to the state’s economy.

In 2016, forest tent caterpillars defoliated 25,000 acres of forestland in the state. Most trees survive defoliation, even if they are defoliated several years in a row, but a significant outbreak can turnaround that trend.

Over the past winter, the Department of Forests, Parks and Recreation conducted surveys of forest tent caterpillar egg clusters in more than 60 actively tapped sugarbushes to predict the risk of defoliation for 2017.

Based on these surveys, landowners will have 18 of these sugarbushes treated with a biological insecticide, Bt, to protect them from defoliation this year. Bt (or Bacillus thuringiensis) is allowed for certified-organic production of agricultural products.

Natural enemies of the caterpillar have brought previous outbreaks to an end before significant tree mortality occurred. As a precaution, landowners this year will have approximately 3,600 acres of forest treated in mid-May to early June, when the forest tent caterpillars are actively feeding

In spite of their name, forest tent caterpillars do not create “tents” of webbing like their close relatives, the eastern tent caterpillars. The insects are mostly blue, with white keyhole-shaped spots.

To learn more about the forest tent caterpillar and the Department’s efforts to monitor and predict their populations in Vermont, go to: http://fpr.vermont.gov/forest/forest_health